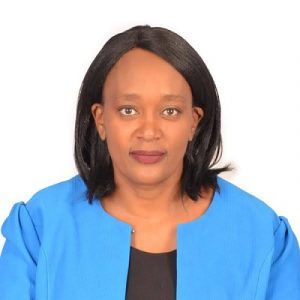 “There should be a robust intra relation between the national security apparatus and private security companies to enhance coordination and updates on the security situation in a given country or region,” she emphasized.

Her statement follows a recent online dialogue to discuss the role of private security agencies in fighting terrorism convened by the Counter-Terrorism Policing-Kenya.

Kenya is one of the East African community countries facing the persistent threat of terrorism, in part, due to its participation in the African Union Peacekeeping Mission in Somalia (AMISOM) to protect the internationally recognized government against the Islamic militant group, the Al-Shabaab.

Kuluo said private guards are not only at most entry-exit points but could also act as eyes and ears of the national security organs.

Other panelists and participants urged private security firms to employ technology such as scanners and body cam to effectively deal with security threats.

Meanwhile, Dr Mohit Sahni, director of business development at Securex Agencies (K) ltd expressed concern that some organizations have scaled down the number of security guards due to the Covid-19 pandemic.

He warned that terrorist networks may take advantage of resultant vulnerabilities to launch attacks.

In order to bridge the gap, Dr Sahni said both the government and private security sectors should work together to deter terrorist activities.

Due to their important role in the security sector spectrum, Dr Halkano Abdi Wario, senior lecturer at Egerton University and researcher on countering violent extremism recommended that the government should include private security actors in policy formulation and strategies in countering terrorism.

“Whenever there are policy discussions on security, private security actors need to be included since they have a critical understanding of the threats on the ground,” added Dr Wario.

Grace Matsiko, the chairman of the Uganda private security association (TUPSA) has told stakeholders in the private security sector in Kenya that terrorism has changed the working situation for guards and that there is a need for close regional cooperation.

“We need to put our efforts together under East African Community cooperation in that we should be able to cooperate with our counterparts in Kenya the same way we do with Rwanda, Burundi or Somalia,” he emphasized.

Matsiko was speaking at an online forum to discuss the role of private security in countering terrorism hosted by the Counter-Terrorism Policing – Kenya as the country considers arming its private security guards with guns.

Kenya has over 700,000 private security guards recruited by 642 registered companies, all of them not allowed to carry guns while Uganda has about 60,000 guards employed by 320 companies many of whom are armed with guns.

Many of the panelists and participants in the forum expressed scepticism toward the prospect of Kenya handing guns to its private security guards but Matsiko said the environment has greatly changed due to terrorism and radicalization.

“Terrorists are well trained and armed with sophisticated weapons. We need a force equalizer,” he said.

Matsiko added: “We want to improve our weapons and training. We are not saying we want to be military-grade but a civilian type of armed guards.”

He called for improved self-regulation from private security organisations and governmental oversight saying that would mitigate the abuse of firearms by guards.

He disclosed that TUPSA is collaborating with the Ugandan government to develop a private security and firearms information management system that will capture the bio-data of all guards and weapons issued to them.

Already a standard curriculum has been developed with police to train security guards in Uganda.

Responding to Matsiko, an impressed Josephine Kuluo, the operations director of the Skywatch Security Company in Kenya said they would be visiting Uganda soon for benchmarking.

Kuluo was the chairperson of private security organisations assigned to safeguard the Standard Gauge Railway and the Nairobi expressway projects and her group of unarmed guards provided vital information to the Kenyan police that reportedly helped to thwart three planned terror attacks by the dreaded Islamist terror outfit, Al-Shabaab. 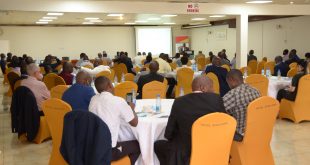